HamMUN has a long tradition for suspenseful crisis simulations.

Crisis is different from “regular” MUN: crisis knows little rules of procedure and formal debate, but a constantly evolving crisis situation.  Based on decisions and actions, crisis is not only suspenseful and thrilling, but changes dynamically and challenges the creativity and abilities of experienced crisis delegates and newcomers alike.

At this year’s HamMUN, we will feature an amazing crisis:

The year is 867 AD and the British islands have become the battlefield of powerful political actors who are striving to shift the balance of power in their favour. Lead by the sons of the legendary Viking Ragnar Lodbrok the Great Heathen Army has landed at the British coast after demanding tribute from East Anglia and a crushing victory against the forces of Northumbria the Norsemen are now turning their attention to the two remaining Anglo-Saxon Kingdoms Mercia and Wessex. Traditionally rivals for the hegemony in England, both kingdoms are now forced to cooperate in order to protect Christianity in England. Should these endeavours be successful, nobody knows how long it will take until the two rivals are back at each other’s throat again. In the highlands of Britain’s north another power is emerging: After the Picts have been united under one banner 20 years ago, it is now time to see whether they are able to defend their lands against a powerful enemy.
Take the role of a fearless Viking or a pious defender of Christianity and rewrite history. Do you have what it takes to shape Britain’s destiny? 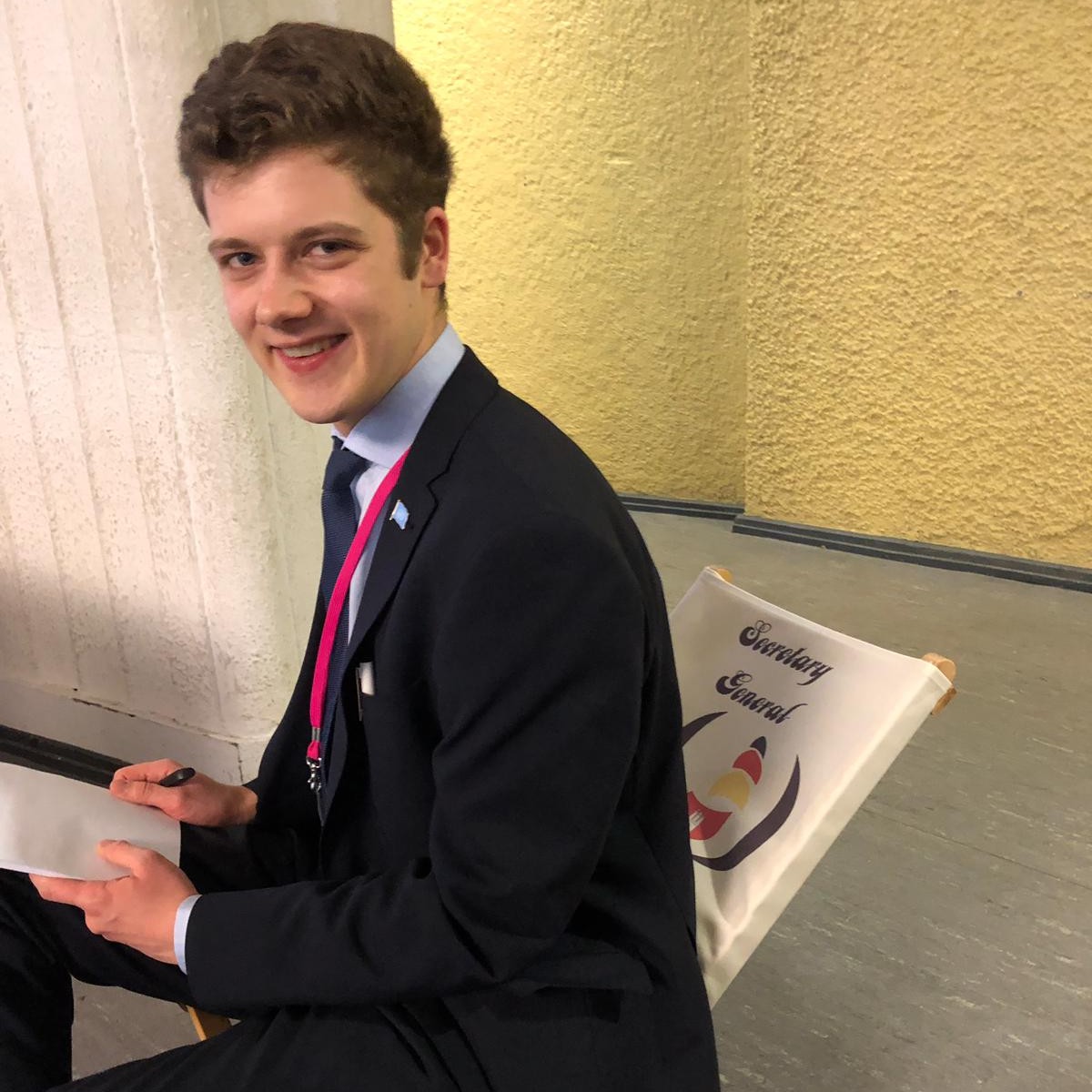 Lukas is a 22-year-old economics student who is currently in the last weeks of his Bachelor programme at the University of Hamburg. His fascination for crisis has not decreased, since he got tricked into directing the historical crisis at HamMUN 2016 which he enjoyed so much that he decided to also direct the next crisis in 2017. After a break from crisis in 2018, he is now really excited to finally hold the most important position at HamMUN again! In his rare free time that is not spent on MUN Lukas enjoys cooking and reading books. 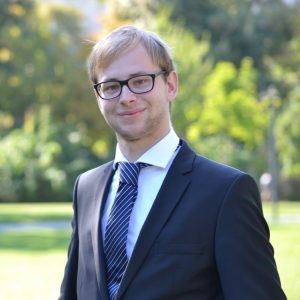 Having just finished his bachelor in political sciences, there is plenty of time for him to prepare a crisis to be remembered. After having annoyed his fellow crisis director Lukas for two years, he promoted him when he became Secretary General last year. Some say he is the Medvedev to his Putin, others say that they are the dinosaurs of the HamMUN historical crisis. Together with so many amazing human beings, he is looking forward to enable you, the delegates, to have a HamMunique experience! 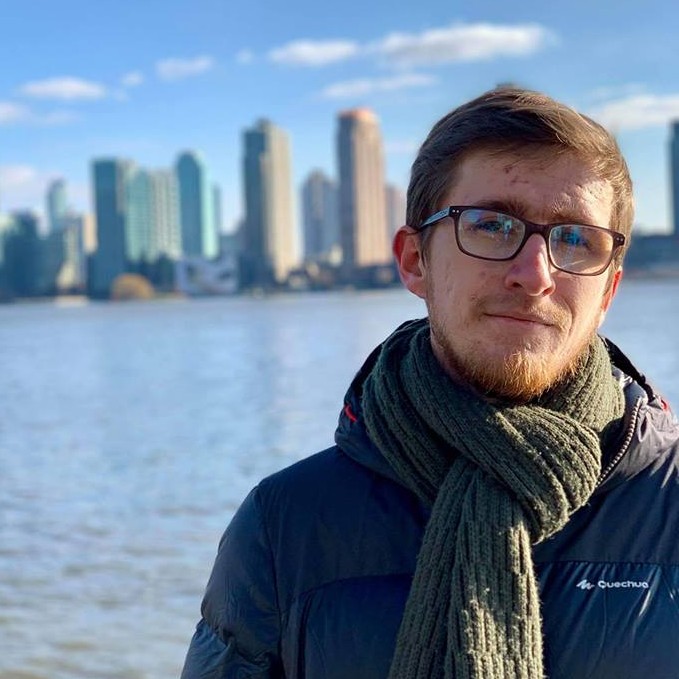 Martin is a MA student currently studying European Policy at the University of Amsterdam. Having been in the MUN circuit for over three years now, he's happy to say that more than 75% of his conferences were all crisis simulations (and that number is likely only going to get higher). This will be Martin's second time attending HamMUN, and he's very much looking forward to this year's crisis simulation, as it will probably get very bloody (which is always fun in crisis).

Matej is a postgraduate student of International Political Economy at the London School of Economics. He's been doing MUN for 4 years now specialising in crisis to a point where he doesn't know what a working paper is anymore. In his third return to Hamburg he is looking to take a more laid back role than last time when he directed the JCC simulation of German Wars of Unification. He promises that this crisis shall have even more pillaging, casualties, and hopefully some academic benefits for you all. 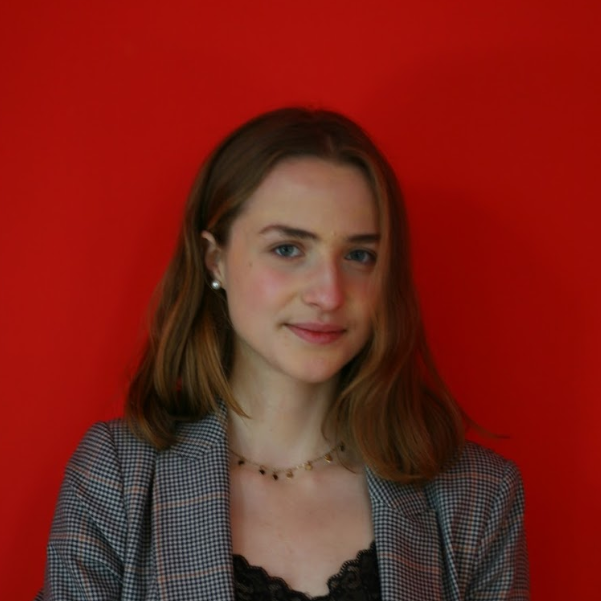 Bluma is a second year law student at Amsterdam university college. Eventhough she was born and raised in Amsterdam, Bluma is half Dutch, half Israeli, and grew up trilingual. From a young age she has been extremely interested in politics and debating and at university she translates this passion into her law degree, planning to pursue a career in human rights and constitutional law. Having fallen in love with the crisis-style committee because of its dynamic nature and historical perspective, she is thrilled to be joining the crisis team for HamMun 2019! 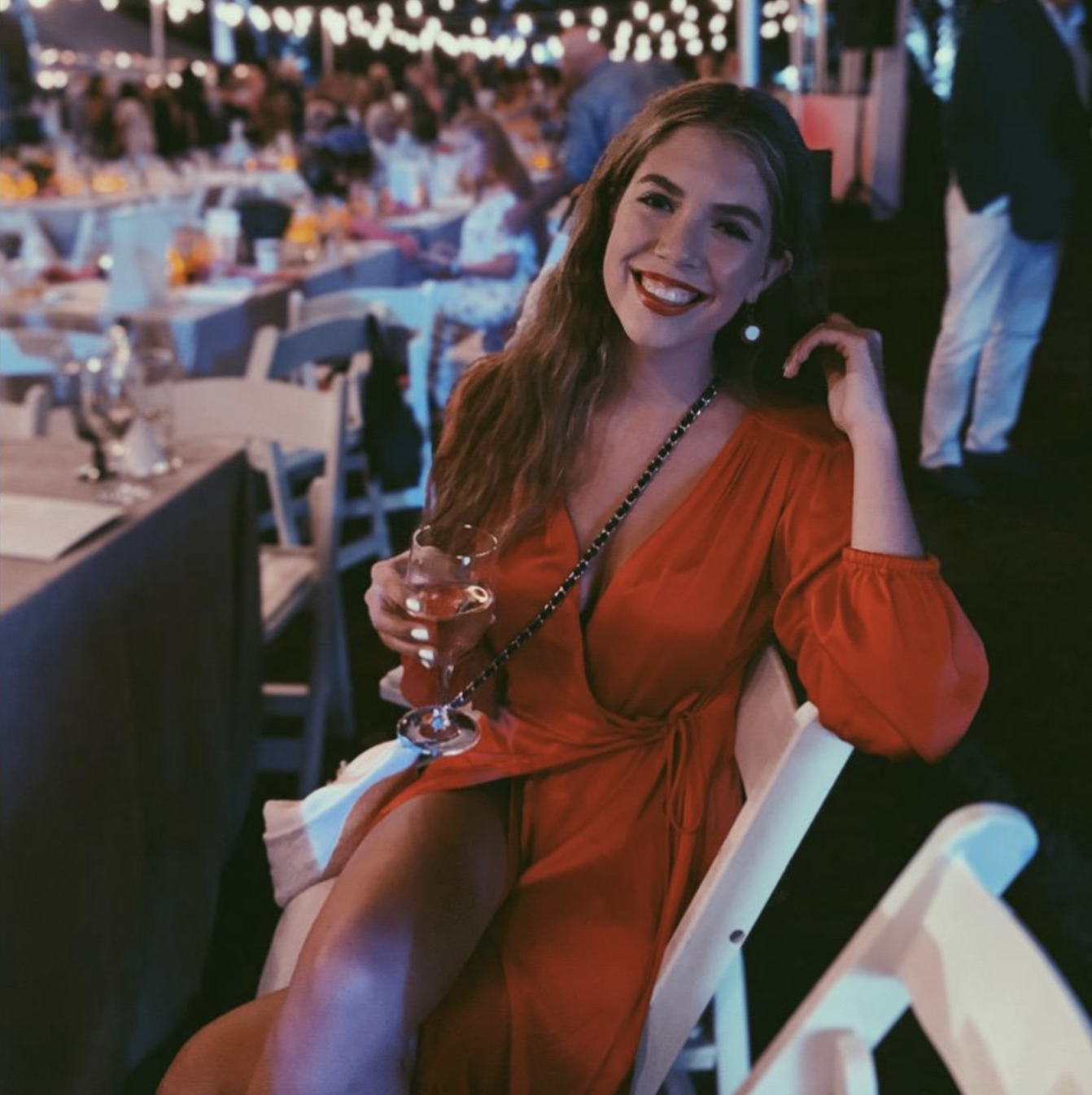 Sylvia de Serdio is a final year SPS student at the University of York. With her Spanish, Dutch and Peruvian blood MUN is a perfect fit for her. Being very political, Sylvia was thrilled when she discovered GA but, being slightly psychopathic, she tends to prefer crisis. A questionable human being (take that as you'd like), Sylvia enjoys being frequently misunderstood, both by the fact that her main form of communication is sarcasm and by men who love to mansplain; she also loves to compliment other girls in public bathrooms and most of all, she lives to test the limits as she studies exactly how late she can be to places before people start to stop inviting her. As an active(ish) member of the MUN community, she is really excited about welcoming all of you to HamMUN! 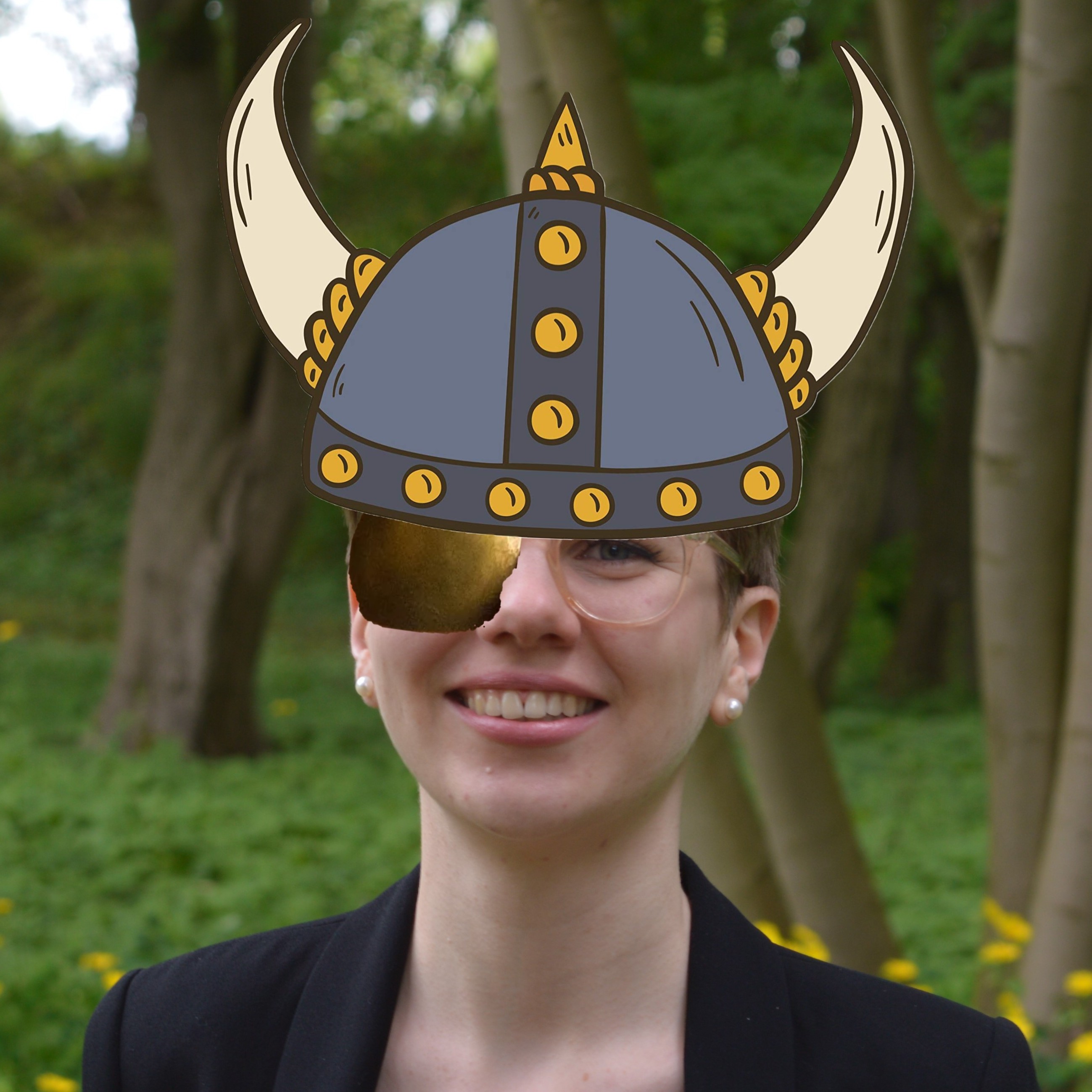 Madeleine is 22 years old and is currently studying law at the University of Hamburg. Besides serving as USG Finance and Head of Emoji Creation in this year's edition of the HamMUN, she will also join the incredible crisis team as a member of the backroom. Despite being relatively new in the crisis world, she is really stoked about this format and she has heard so many amazing things about the viking crisis in 2016, hence she is even more excited to have a chance of being part of the newest edition this year! When she has some free time between her busy MUN life and her intense law studies, she enjoys making old fashioneds and dancing ballet. 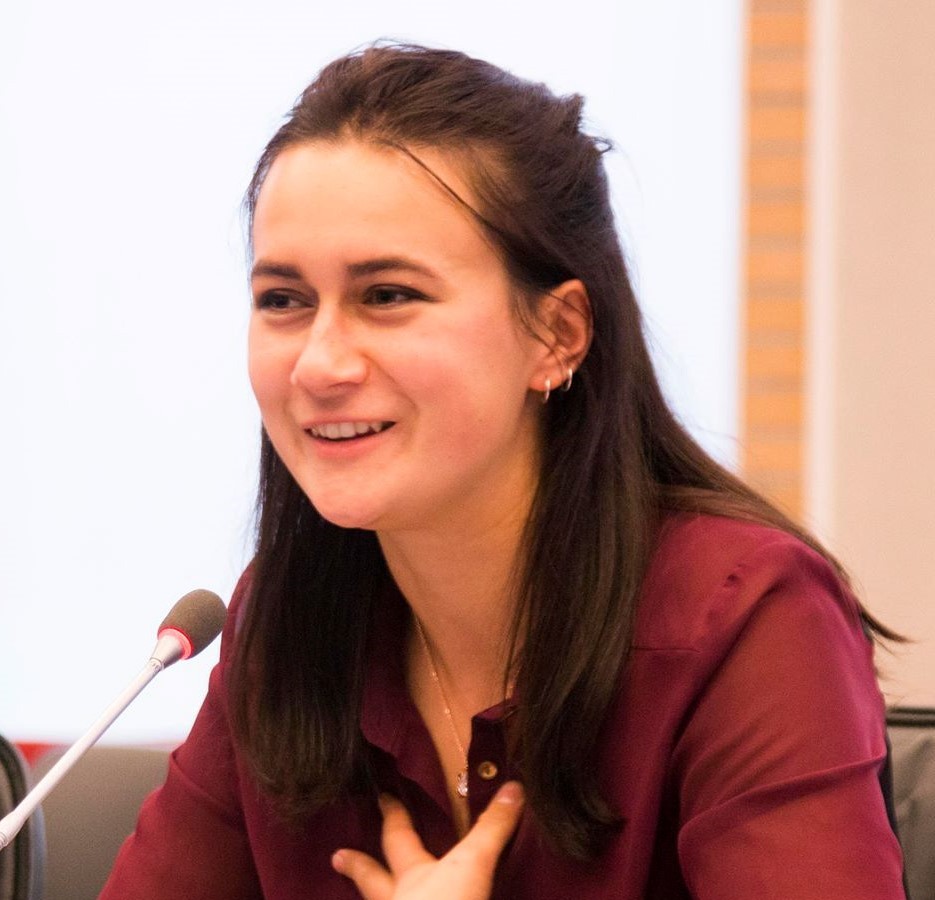 Lara is a recent graduate from International Studies at Leiden University, where she first started attending MUN. It was all General Assembly, until one fateful day in Warwick that changed her life forever—a 7-cabinet crisis in the style of Game of Thrones. And you know what they say, once you do crisis...well, fuck GA. After trying out her first backroom at the 2019 EuroMUN, Lara is coming to HamMUN for more, but this time she’s looking forward to that free social pack! 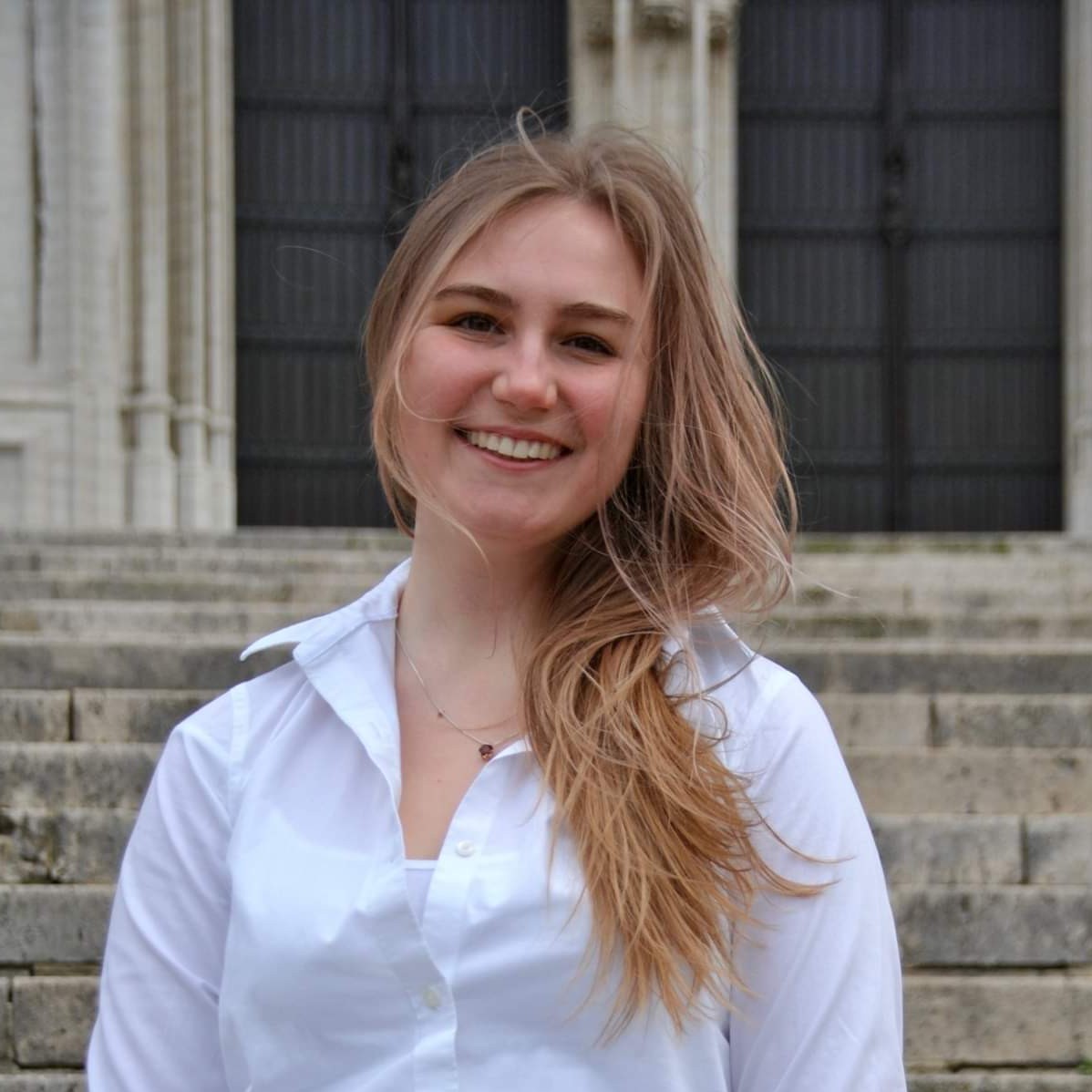 Tess is a student at the Katholieke Universitat Leuven Campus Brussels in her third year studying business administration. She has been in MUN for one year and attended 3 conferences in that time. This will be her second year attending HamMUN and is very excited to experience it again! 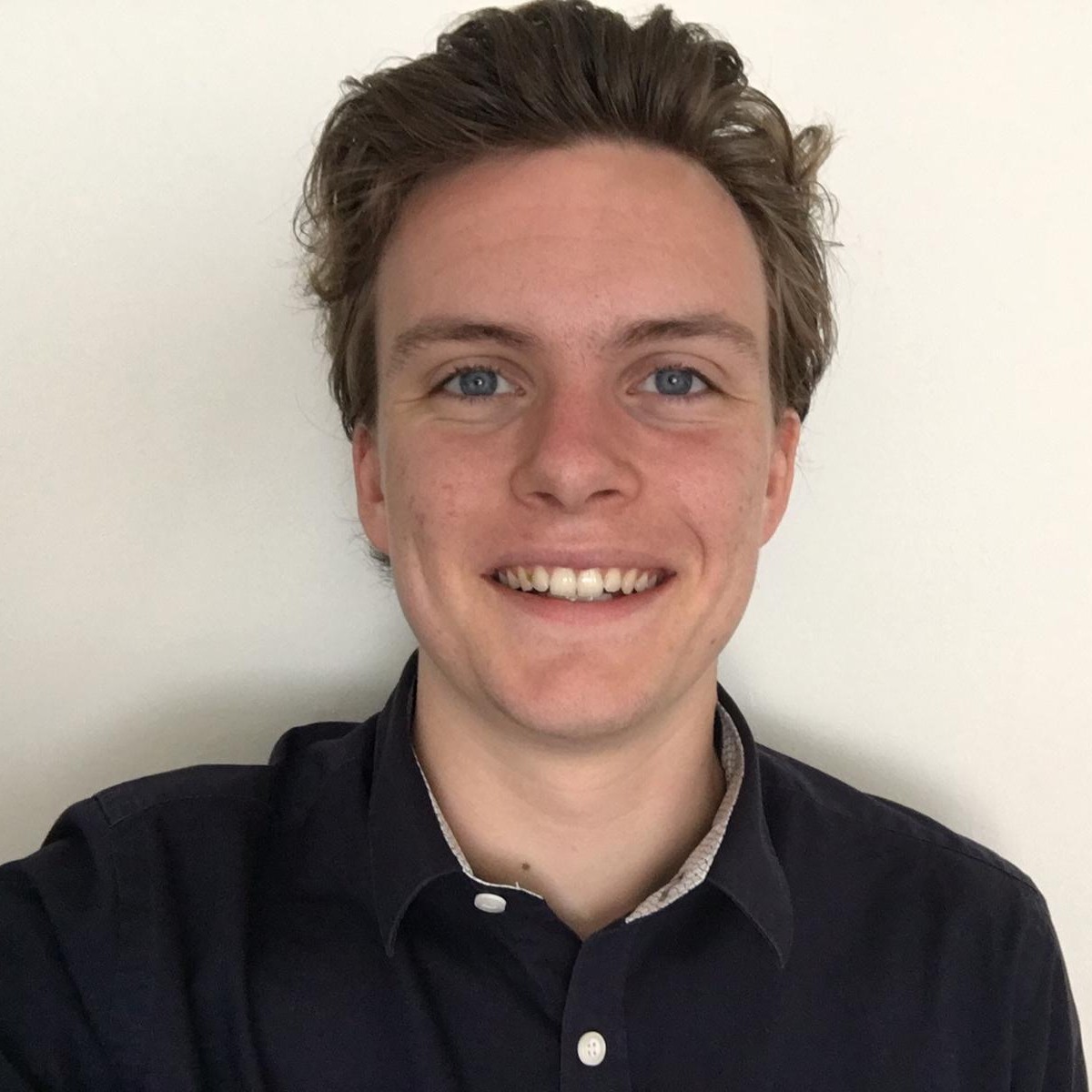 This is Ties Peters, he is 19 years old and is in his second year of International Business at Maastricht University while also doing a board year for the study association SCOPE Maastricht. He has done a lot of MUN's in high school, but this is only his second crisis at a MUN. His hobbies are doing and watching all different sorts of sports, but also going out with friends and organizing parties and events. He is so excited to watch yet another crisis unfold at this edition of HamMUN and is looking forward to meeting all of you in November! 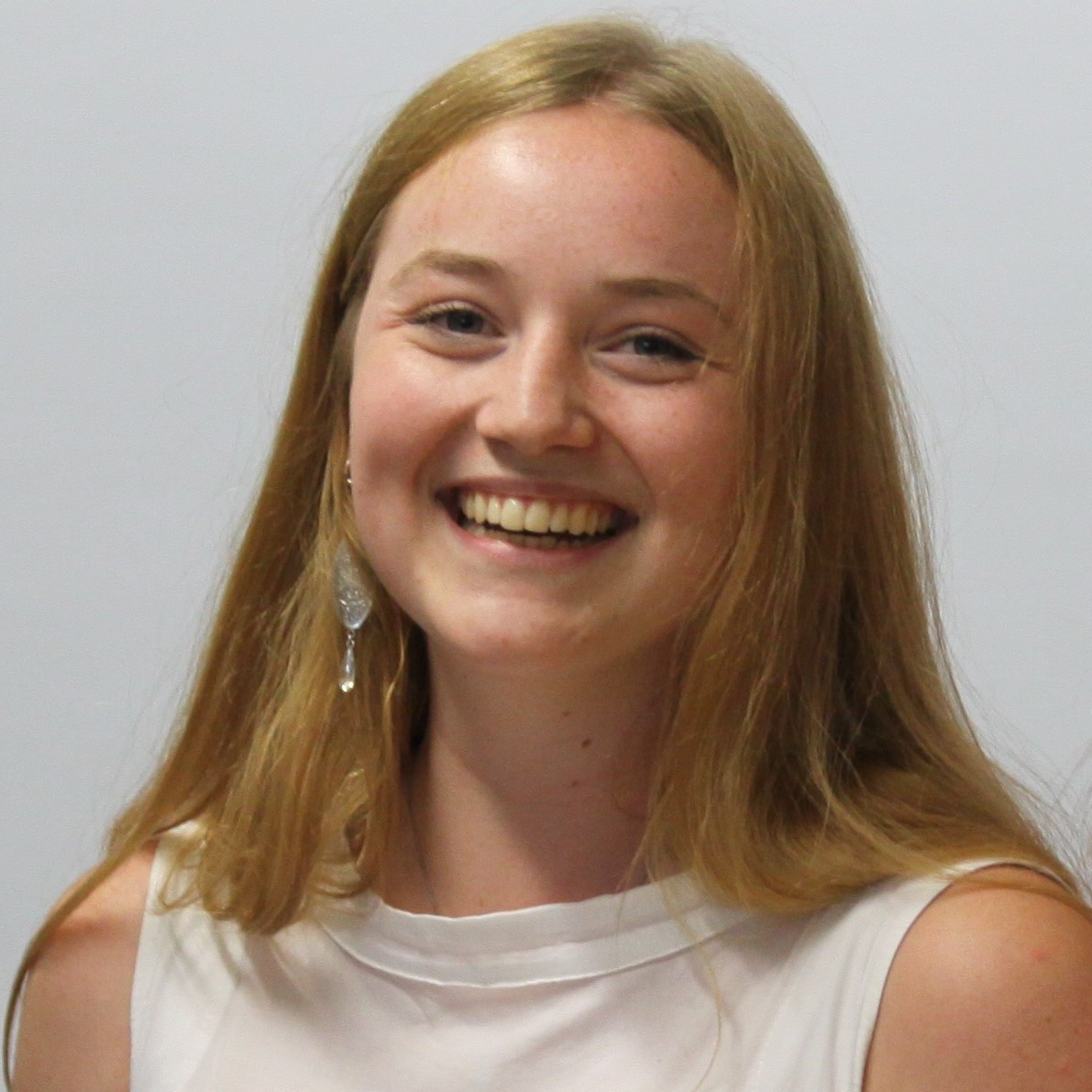 Luisa is a twenty-year-old cultural sciences student in her second semester in Frankfurt (Oder). After school she did one year of work and travel in Canada. Then, first semester at university and her major accomplishment was the great decision to become a HamMUN’s delegate in the historical crisis. She had no idea what was expecting her, though and just woke up when her character died on the first day. Then she was all fire and is now very much looking forward to being a backroom staff member. Next to studying, Luisa works as an intercultural trainee and is a part of the AStA. 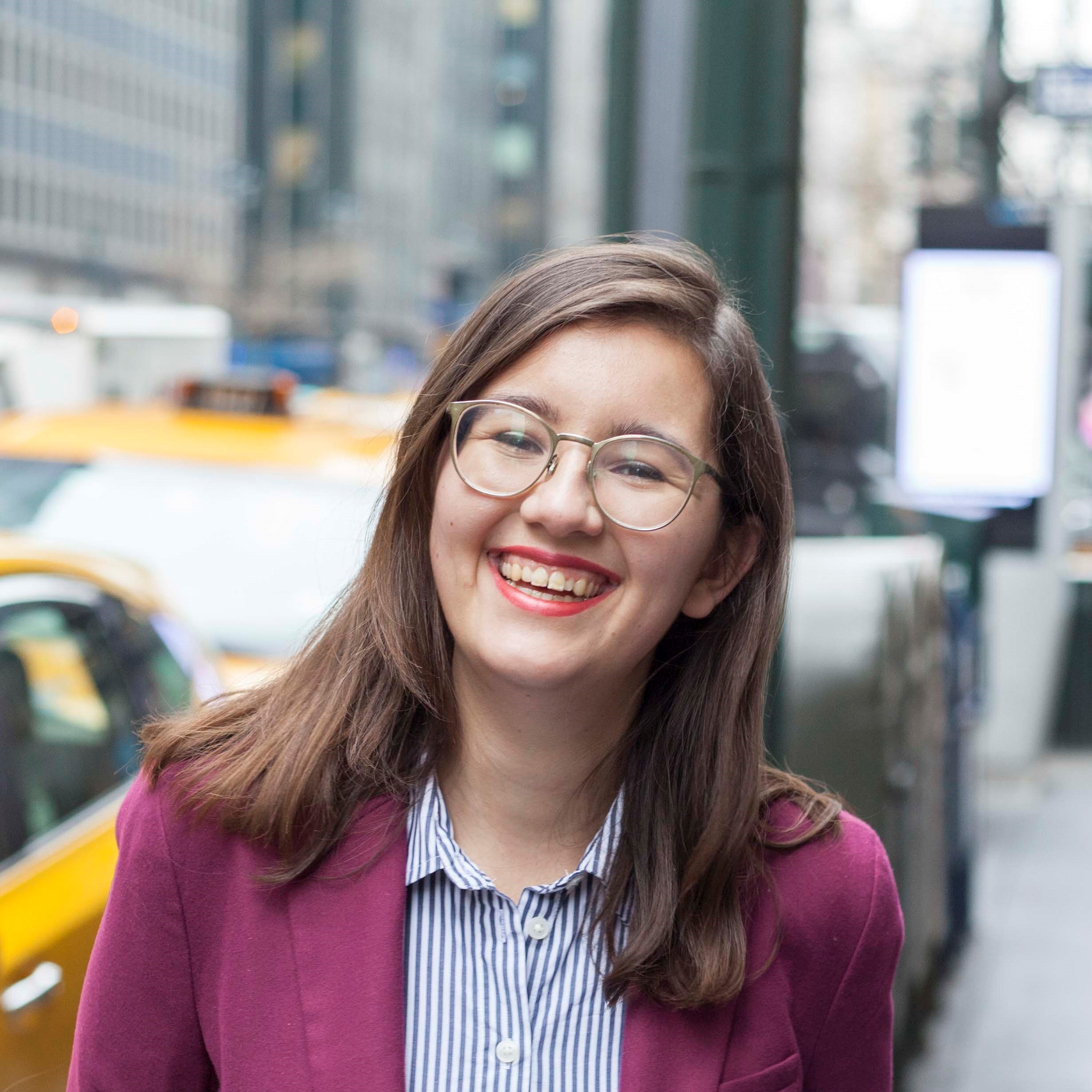 Leonoor is a student studying International Studies at Leiden University who got hooked on MUN during her first year there. After following her enthusiastic but ultimately foolish compatriots to conferences all around Europe, she figures why not just one more time. While she’s been participating in crisis for a little while now, she is excited for her first backroom experience, and curious to find out whether it is really as wild as it is rumoured to be. Her favourite MUN experiences include free wine at socials and assassinating her coworkers, both of which there will hopefully be plenty! 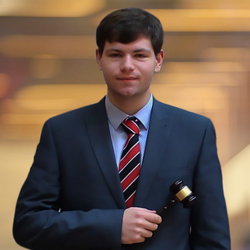 Luke is a third year undergraduate at the Univerity of Reading in the United Kingdom, studying 'War, Peace and International Realations'. He is duel national of Australia and the UK. He started MUN in secondary school in year 9, but caught the crisis bug as soon as he came to university. His first experance with crisis was as a chair at ReadiMUN17 and he has continued to work at crises around the UK since. He is currently president of the Reading University MUN soceity, having priviously served as the social secratary and welfare officer. When not at university, he lives in Shrewsbury. 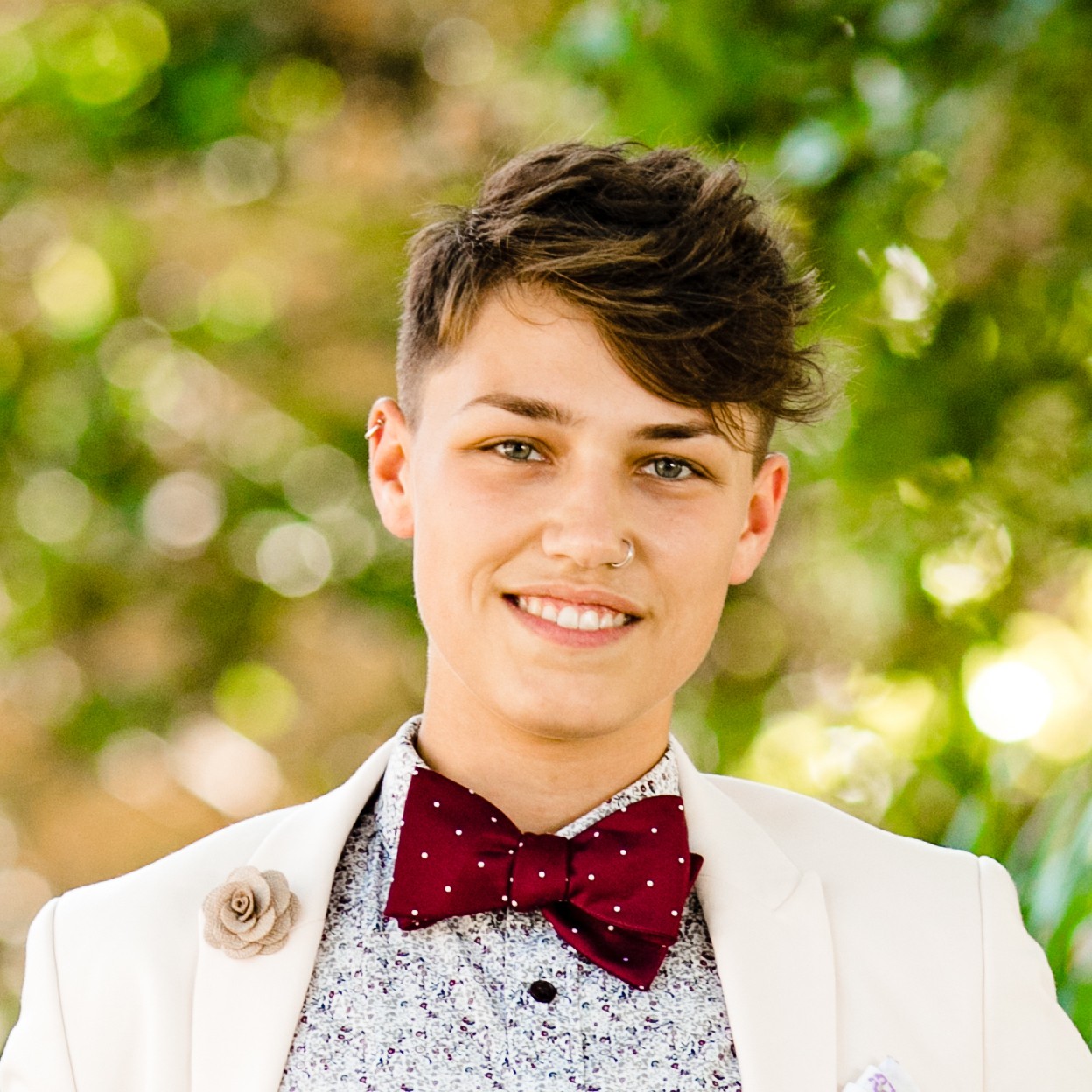 Emily is completing a Bachelor's degree at Tel Aviv University and pursuing a Master's in Cultural and Social Anthropology. Needless to say, they are also an avid Crisis Connoisseur, with an MUN career spanning five years, three continents and over a dozen international conferences. Emily is excited to bring their experience and ever-evolving skills to HamMUN for the second year in a row for what is sure to be an unforgettable Crisis. Outside of MUN, Emily enjoys hustling as an intern, wearing fresh suits, guzzling craft beer, losing at board games, and generally speaking way too loud. 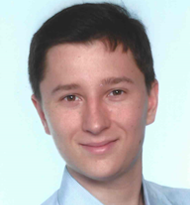 Christian Heinzel is a 5th semester economics student from Mannheim who has had MUN fever ever since 9th grade. More recently he has focussed on Joint Cabinet Crises and after experiencing the backroom for the first time during last year’s HamMUN he is looking forward to enjoying his 5th stint in the backroom as a cabinet director for the kingdom of Mercia. 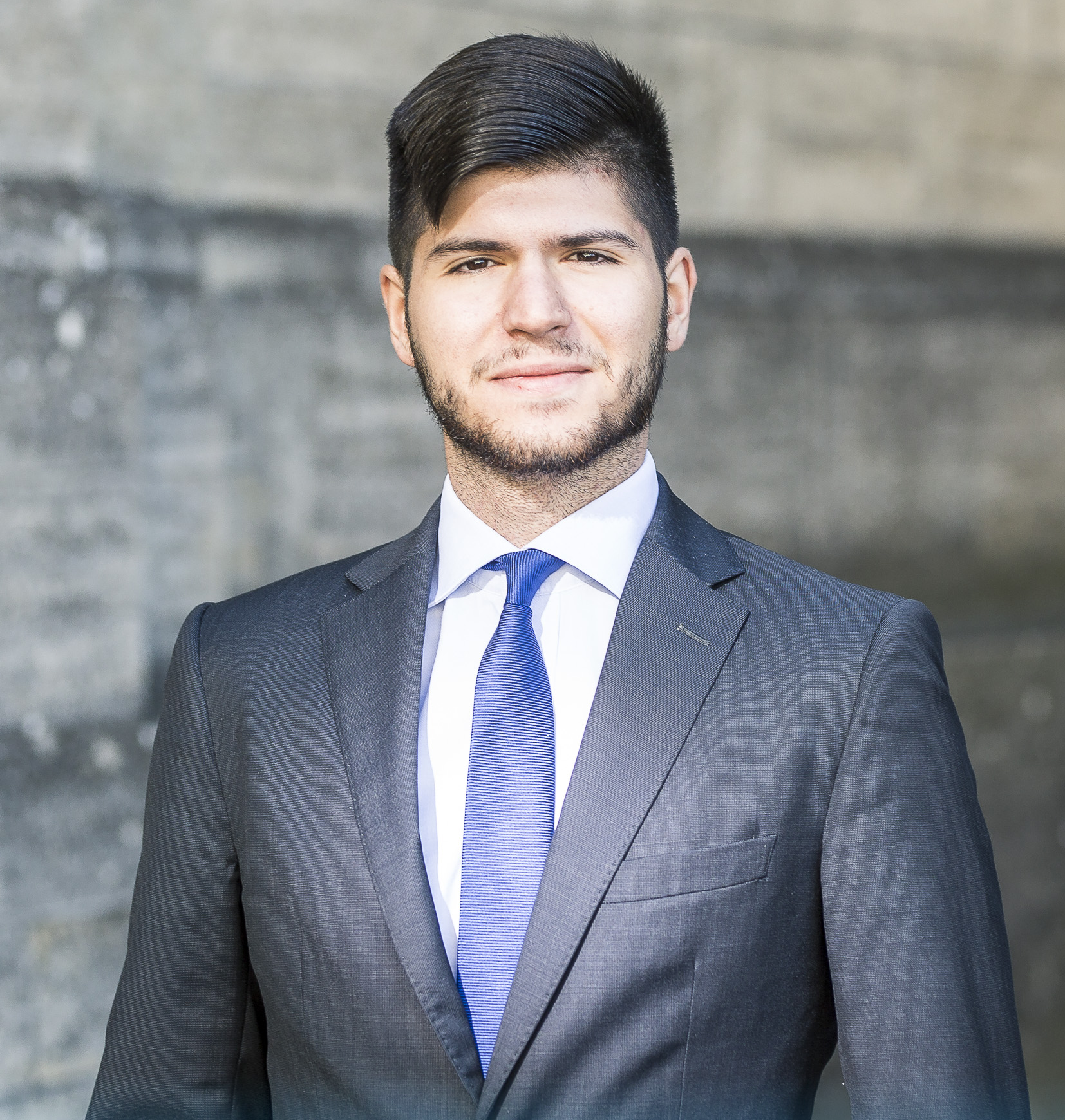 A Greek citizen and staunch Europeanist, Nikos Theodosiadis (22) has been an avid participant of Model UN since 2015, having previously served as Vice-President of the Surrey University UN Association. Nikos holds a BSc in International Relations from the University of Surrey, and is currently completing his MSc in European and International Public Policy at LSE. His expertise is in climate diplomacy. Furthermore, he has co-founded Fairosene , a Civil Society Organisation dedicated to creating EU environmental policy. Historically, Nikos is most passionate about the SPQR and the Cold War.